The Problem of Fragmented Occlusion in Object Detection 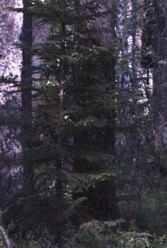 Vehicle detection in aerial and satellite images is still challenging due to their tiny appearance in pixels compared to the overall size of remote sensing imagery. Classical methods of object detection very often fail in this scenario due to violation of implicit assumptions made such as rich texture, small to moderate ratios between image size and object size. Satellite video is a very new modality which introduces temporal consistency as inductive bias. Approaches for vehicle detection in satellite video use either background subtraction, frame differencing or subspace methods showing moderate performance (0.26 – 0.82 F1 score). This work proposes to apply recent work on deep learning for wide-area motion imagery (WAMI) on satellite video. We show in a first approach comparable results (0.84 F1) on Planet’s SkySat-1 LasVegas video with room for further improvement. arXiv cvww

In 2012, I initiated together with Matej Kristan the Visual Object Tracking Challenge (VOT) and since then I have been co-organising annual challenges and workshops at ICCV and ECCV with Matej Kristan, Ales Leonardis, Jiri Matas, Michael Felsberg and Joni-Kristian Kämäräinen. VOT is de facto the international community benchmark in the field of visual tracking. Important results of our work are A-R measures for quantifying short-term tracking performance in terms of accuracy and robustness and the discovery of correlation filters as superior approach for tracking. More information can be found on our webpage. VOT is also part of the benchmark initiative for all things video.

An in-depth Analysis of Visual Tracking with Siamese Neural Networks

This survey presents a deep analysis of the learning and inference capabilities in nine popular trackers. It is neither intended to study the whole literature nor is it an attempt to review all kinds of neural networks proposed for visual tracking. We focus instead on Siamese neural networks which are a promising starting point for studying the challenging problem of tracking. These networks integrate efficiently feature learning and the temporal matching and have so far shown state-of-the-art performance. In particular, the branches of Siamese networks, their layers connecting these branches (a-e), specific aspects of training and the embedding of these networks into the tracker are highlighted.

Quantitative results from existing papers are compared with the conclusion that the current evaluation methodology shows problems with the reproducibility and the comparability of results. The paper proposes a novel Lisp-like formalism for a better comparison of trackers. This assumes a certain functional design and functional decomposition of trackers. The paper tries to give foundation for tracker design by a formulation of the problem based on the theory of machine learning and by the interpretation of a tracker as a decision function. The work concludes with promising lines of research and suggests future work. arXiv

Tracking methods are fundamental operations in traffic scene analysis. In this work we report on a tracking algorithm with a Kalman filter for traffic surveillance in tun- nels. The difficulties of solving the problem are the illumina- tion conditions and the image quality. We demonstrate our work on short sequences of tunnel scenes. CVWW