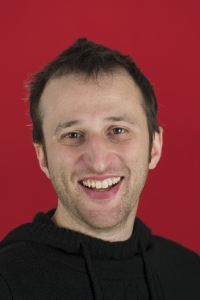 Paolo Rota received his PhD in Information and Communication Technologies in February 2015 at the University of Trento (Italy) under supervision of prof. Nicola Conci and prof. Nicu Sebe. He gained experience in Computer Vision and Scene Analysis working mostly in modelling Social Interactions in videos. Since 2012 he published papers in important conferences (CVPR, ICIP, ECCV workshop) as well as journals (Ubiquitous Computing). He is now working as postdoctoral fellow at TU Wien (Austria) in a project called AutoFLOW granted by EU with a Marie Curie Fellowship. The project aims to develop a model to assist clinicians in Leukemia diagnosis using flow-cytometry.

2010 – Feb 2015 Ph.D., University of Trento, Italy.
I’ve been working at Department of Information Engineering and Computer Science of the University of Trento under supervision of prof. Nicu Sebe and prof. Nicola Conci. My  topic focused on Social Interaction Analysis in a real-world scenario. In 2014, for 7 months, I’ve been a visiting student at Georgia Institute of Technology in James Rehg’s lab working on fight detection in urban scenario. My objective is to fill the gap between the cues generated by the visual features and the semantic meaning that humans are giving to those cues. I’ve been focusing on temporal coherence of visual features exploiting causality to detect and localize social interactions.