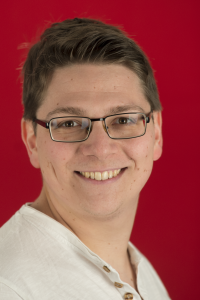 DI Christoph Spörk attended the HTBLVA Spengergasse for information technology in the years 2002-2007. He continued his education by finishing his Bachelor in Software & Information Engineering at the Vienna University of Technology in 2011. In 2015 he received his Master’s degree in Computational Intelligence.

Since 2015 he is working as project assistant at the Computer Vision Lab.