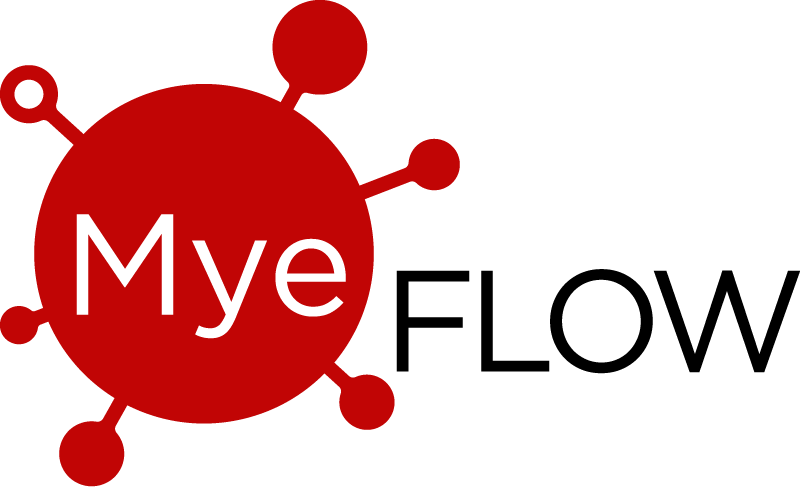 Flow Cytometry is a laser-based technique to measure antigen expression levels of blood cells. It is used in research as well as in daily clinical routines for immunophenotyping and for monitoring residual numbers of cancer cells during chemotherapy. One patient’s sample contains approximately 50-300k cells (also called events) with up to 15 different features (markers) measured. Each feature corresponds to either physical properties of a cell (cell size, granularity) or to the level of expression of a specific antigen marker on the cell’s surface.

In a process called Gating medical experts draw several polygons among different cell populations on 2D plots in order to hierarchically sub-select and track down cancer cell populations. For instance, usually on the first plot measuring artifacts are excluded. The resulting data is further filtered by selection certain cell populations based on their biological features. This process is repeated until the filtered data only consists of cancer cells. These annotations are used as ground truth to train automated prediction models.

Figure 1 Illustration of the Gating Process

Powerful deep learning architectures such as set transformers1 have proven to be suitable for cell classification in high dimensional Flow Cytometry Data2. Wödlinger’s set transformer model inputs all events of a given Flow Cytometry sample and predicts the cell class (cancer cell or not) for each cell. An alternative approach could not only predict if a certain cell is considered as cancer cell or not, but rather predict the cell class for each Gating step (respectively predicting in which Gating step the cell was excluded).

The goal of this work is to implement a set transformer network similar to Wödlinger’s approach but with difference, that each step of the Gating process is predicted for each cell. Two different approaches should be considered:

The developed network should be evaluated against Wödlinger’s set transformer on the given dataset and advantages and disadvantages as well as practical aspects of the different architectures should be discussed.

Our project in the Media

Written report or thesis (in English) and final presentation